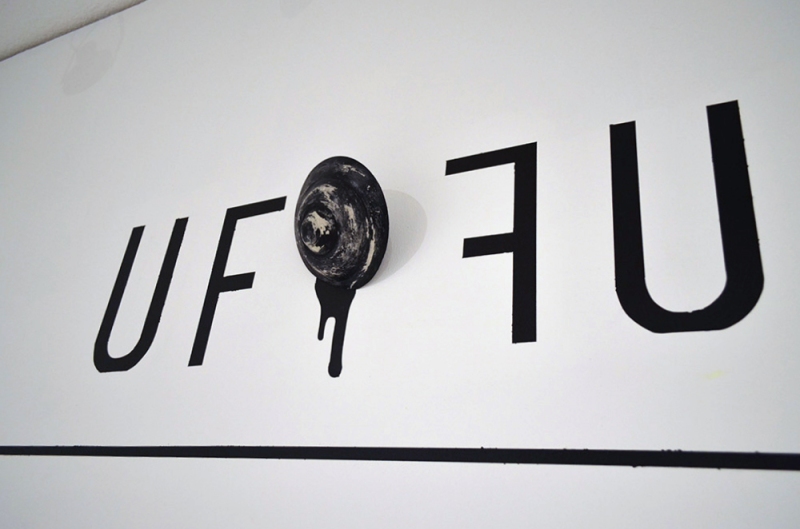 An Investigation of Extra-Terrestrial Issues for the Uninitiated

An Investigation of Extra-Terrestrial Issues for the Uninitiated

Concerned with the cultural impact of the ‘other’ upon a specific community the Culture Laboratory investigates the occurrence of U.F.O. and Extra-Terrestrial life related to Roswell, New Mexico. [link]  Seeing as the government offered multiple stories over a period of years concerning the infamous UFO crash of 1947 a tacit breech of trust between the citizenry and the government has lead to an increasing warp in the fabric of truth surrounding these events. Recognizing the unknown as infinitely more captivating and worth exploring seven Culture Laboratory  members will create a piece as a response to aliens, the region and it’s most recognizable incident.

The Culture Laboratory Collective is a nationwide group of artists working loosely around the question of social cohesion within the context of aesthetic fragmentation. Founded in 2009 the group has had exhibitions in China, Houston,  San Antonio, Dallas, Knoxville, Slippery Rock, PA and Cornell University. The exhibits are thematically driven in hopes of producing new methods of creation while encouraging divergent conceptualization for the artists.

Ian F Thomas_ Canada is the Best Country in the World

Ian F Thomas_ Canada is the Best Country in the World

Jonathan Whitfill’s “Siting” at The Cube

26 Apr This entry was published on April 26, 2013 at 9:57 pm. It’s filed under Events, The Cube and tagged alien, art, crash, culture laboratory, extra-terrestrial, new mexico, roswell, ufo. Bookmark the permalink. Follow any comments here with the RSS feed for this post.